Tony Cann is a trustee of the Ruskin Foundation and an ambassador of Make Justice Work.

I am an admirer of John Ruskin and in particular the ideas expressed in many of his social writings such as Unto this Last. What would Ruskin write about today? He would use his persuasive writing skills to obtain changes in our dysfunctional criminal justice system. Young offenders result from the failings of our society: broken homes, unemployment, inadequate education, untreated mental illness and drug addiction deriving from a failed system of prohibition. So we commit too many people to prison for a situation which comes from the failure of our society. In prison particularly for short sentences we do nothing to remedy the causes of our failure and the young people come out of prison more dysfunctional and continue with a life of escalating crime. This is often made worse as on release they have nowhere to live, no job and are still addicted to drugs. Hence the recidivism of a large majority which costs the economy mind blowing sums apart from the waste of human potential. This has to change. We need to move to non custodial sentences with adequate support such as mentoring, drug rehabilitation, job search and provision, accommodation support, education and mental health support. The cost will be considerable but will be a fraction of the current cost of failed custodial sentences and the recidivism which it causes.

END_OF_DOCUMENT_TOKEN_TO_BE_REPLACED 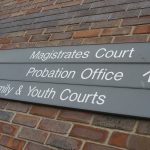 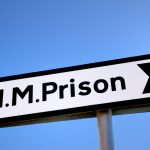