We must invest time, relationships and resources to stop reoffending – by Rob Allen, Ambassador for Make Justice Work

Rob Allen works on prison reform in the UK and internationally. From 2005 to 2010 he was director of the International Centre for Prison Studies (ICPS) at King’s College London and is currently at Justice and Prisons. He is also an ambassador for Make Justice Work.

“I am currently doing some work to strengthen alternatives to prison in East Africa with international ngo Penal Reform International.  Probation dates back to colonial times but community service was introduced in Kenya, Uganda and Tanzania ten to fifteen years ago. It immediately proved an attractive option to courts disinclined to send petty offenders to prison. But progress has slowed in recent years with a familiar picture of rising prison numbers in overcrowded jails . [i] In the West we usually think we have little to learn from less developed countries, but some recent work with the Kenya probation service provided two valuable insights into what’s needed in the UK.

The first lesson relates to how courts view and use  alternatives. During training courses for new judges, it emerged that some  were enthusiastic about   community service, others sceptical, a third group simply unaware of what it entails in practice. This is despite the fact that community service placements are organised locally by committees chaired by judges themselves . Hearing the details of projects –  the  city wide cleanup campaign in Mombasa, the development of a fish farm in Kitui and a national tree planting  programme- brought home how sharply the contribution that community service makes   to public well being  stands in contrast with the wasteful impact of prison. How many judges in magistrates in the UK could point to successful community service placements in their local areas? I suspect that the three way split of enthusiastic, sceptical and unaware applies here and despite some strong efforts around the country   – open days, advertising campaigns , and plaques- the need for continuing   engagement  with sentencers is sometimes neglected. Whether the fragmentation of the probation service signalled by the government’s recent probation review, and in particular  the greater involvement of private companies,  makes this more or less likely remains to be seen.

The second insight relates to the kind of work offenders undertake on community service. Kenya have developed impressive “empowerment projects” in which offenders  are taught  a skill while they are doing unpaid work- growing plants, breeding rabbits, farming chickens for example. Those who complete their orders are given some seeds, a watering can, even a pair of rabbits to start them off with income raising activity. Some ex offenders are developing social enterprises in which to put their skills to work. What would be the equivalent here?    Yes education, training and mentoring forms part of the best alternative to custody programmes but getting jobless  offenders into work remains a challenge, all the more so with currently high rates of unemployment in many parts of the UK. It is possible that the payment by results framework will encourage some more radical initiatives to empower ex offenders but equally competitions for much of probation business could drive down quality as well as cost. Helping people to desist from crime often involves offering genuine opportunities for a change in how they live their lives and see themselves. That requires an investment of time, relationships and sometimes resources. But without these there is the likelihood of more and more costs to victims and the wider community.”

END_OF_DOCUMENT_TOKEN_TO_BE_REPLACED 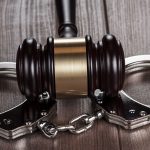 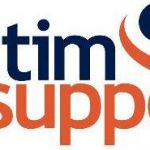