Richard Taylor, the father of Damilola Taylor, called for the Prime Minister to sack Ken Clarke as Justice Secretary after the u-turn on sentencing.

Mr Taylor, whose 10-year-old son bled to death in 2000 after he was jabbed in the thigh with a broken beer bottle by a gang of youths in Peckham, south London, said: “Ken Clarke is not doing the right thing, his advisers are not giving him the right advice on the issue

“Short prison sentences do not and cannot rehabilitate offenders.

“The Government must stand firm on commitments to improve and increase the number of community sentences, keep offenders with mental health problems out of prison, and move drug-using offenders into intensive rehab programmes in the community.

“Otherwise, not only will they squander millions of pounds of taxpayers’ money and pass up the opportunity of a lifetime to fix our criminal justice system, they will lose all credibility as a reforming Government…”

END_OF_DOCUMENT_TOKEN_TO_BE_REPLACED 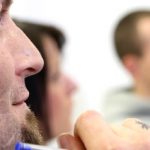 We must not miss the opportunity for a rehabilitation revolutionPress