Justice Secretary Kenneth Clarke has announced plans for a “rehabilitation revolution” to cut re-offending which currently sees three in five criminals jailed for less than 12 months re-convicted within a year.

The Community Or Custody report said: “If the Government is serious about starting a rehabilitation revolution, corners cannot be cut.”

Roma Hooper, the campaign group’s director, said: “What we learned was intensive community sentences are not just tough and challenging, they are also far more effective than short prison sentences in turning around the lives of low-level offenders.”

The report, which was the result of a study led by a panel that included former Metropolitan Police Commissioner Sir Ian Blair, former Chief Inspector of Prisons Dame Anne Owers and chairman of the Magistrates’ Association John Thornhill, suggested the prison system “now bulges at the seams” with costs of £40,000 a year for each prisoner.

To read the rest of the article from the Blackpool Gazette visit their website.

END_OF_DOCUMENT_TOKEN_TO_BE_REPLACED 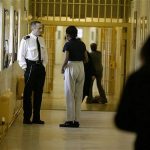 Roma Hooper in the Independent and on LBCPress