Press Statement: Government must heed warnings before it is too late

“Anne Owers’ annual report reveals, yet again, the real scale of the crisis in our prison system. It is now a matter of urgency that the government recognise that building their way out of the prison problem is not the answer.

“Surely instead of pouring in a minimum of £2.3 billion into titan prisons, throwing more money at a system which is dangerously overstretched and is not effective at reducing re-offending, we should be trying to reduce prison numbers by investing in alternatives to custody for low risk offenders, which are now proven to be more effective at reducing re-offending and cost far less money.

“Diverting funding into robust  and effective alternatives to prison, which can encompass training and employment schemes, drug rehabilitation and mental health support, will not only release time, space and money for specialist rehabilitation for our most serious offenders who should be in prison, but also reduce the dangers associated with overcrowding.

“Surely, this is the moment for such measures, which will save us all money and make us safer, to make it onto the government’s agenda once and for all”.

Roma Hooper
Roma has worked in and around the criminal justice system since 1992, when she was asked to help set up Britain’s first prison radio station at Feltham Young Offenders’ Institution. She has a Masters in Criminal Justice Policy from the London School of Economics, is Chair of the Griffins Society (supporting women in the criminal justice system), Vice-Chair of the Foundation Training Company (which runs a series of prison and community based resettlement and development programmes) as well as Chair and Founder of the Prison Radio Association. In 2010 she launched Make Justice Work, a campaign to highlight the cost of short-term prison sentences and to improve public confidence in community sentences.
Recent Posts
Categories
About Make Justice Work

END_OF_DOCUMENT_TOKEN_TO_BE_REPLACED 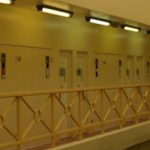