The Howard League’s submission to the Leveson Enquiry

The Howard League for Penal Reform have sent a really interesting submission to the Leveson Enquiry addressing the mainstream media’s coverage of crime ‘Culture, Practice and Ethics of the Press’.

I for one fully endorse the comments made by the Howard League, with particular emphasis upon the negative and often inaccurate reporting of community sentences – despite research evidence to the contrary.  The consequences of such media coverage can have a real impact on policy as any government doesn’t like appear ‘soft on crime’.  Do have a read as this letter is very comprehensive giving many interesting examples and references – let’s hope that Lord Leveson listens!

END_OF_DOCUMENT_TOKEN_TO_BE_REPLACED 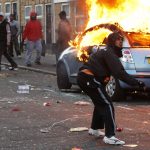 The Archbishop of Canterbury is right to warn that the riots could returnLondon Riots, Roma's Blog 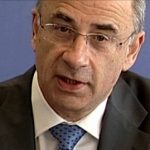