By Roma Hooper
Posted December 8, 2011
In London Riots, Roma's Blog
The Archbishop of Canterbury is right to warn that the riots could return2011-12-082019-06-22https://www.makejusticework.org.uk/wp-content/uploads/mjw-logo-web-2.svgMake Justice Workhttps://www.makejusticework.org.uk/wp-content/uploads/London-Riots.jpg200px200px
0

The Archbishop of Canterbury is right to warn that the riots could return (The Guardian, Investigating England’s Summer of Disorder, 5th December 2011). As a result of the violence in August we saw a surge in the number of offenders given short prison sentences. This is a colossal waste of taxpayers’ money. Short prison sentences are ineffective when it comes to tackling re-offending and making offenders face-up to what they have done. Intensive alternatives to custody are tough and are also more successful when it comes to ensuring the same crimes aren’t repeated. If we really want to cut crime, we need to stop making the same mistakes.

Roma Hooper
Roma has worked in and around the criminal justice system since 1992, when she was asked to help set up Britain’s first prison radio station at Feltham Young Offenders’ Institution. She has a Masters in Criminal Justice Policy from the London School of Economics, is Chair of the Griffins Society (supporting women in the criminal justice system), Vice-Chair of the Foundation Training Company (which runs a series of prison and community based resettlement and development programmes) as well as Chair and Founder of the Prison Radio Association. In 2010 she launched Make Justice Work, a campaign to highlight the cost of short-term prison sentences and to improve public confidence in community sentences.
Recent Posts
Categories
About Make Justice Work

END_OF_DOCUMENT_TOKEN_TO_BE_REPLACED 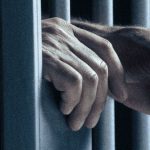 The Howard League’s submission to the Leveson EnquiryCommunity Sentences, Other, Roma's Blog