New research from the charity Victim Support and the campaigning group Make Justice Work shows that most victims of crime support the use of community sentences instead of prison, but need to know more to have confidence in their effectiveness.

The nationwide survey carried out by Populus, revealed that when provided with an explanation of what community sentences involve, 70% of victims of crime support them as an alternative to prison for lower level offences.

The research reveals a lack of understanding and a need for greater awareness of community sentences.

However, the survey also found that victims of crime have serious misgivings about the delivery of community sentences in practice, which partly reflects a deeper lack of confidence in the criminal justice system as a whole.

These findings form part of Victim Support’s and Make Justice Work’s joint Out in the Open report, which concludes that if victims are to have more confidence in community sentences, they must not only be effective but seen to be effective.

The survey also found:
76% of victims believe they should be informed about what offenders will do when serving a community sentence.

64% of victims believe they should be informed about an offender’s progress when serving a community sentence.

70% of victims believe they should have the opportunity to tell the offender about the impact of their actions.

An increase by 8 percentage points in support of community sentences if an explanation is provided (from 62% to 70%).

Ministry of Justice research has already shown that court-ordered community sentences are more effective in reducing one-year proven reoffending rates than custodial sentences of less than 12 months for similar offenders.

The report also recommends: more effective use of Victim Personal Statements; greater focus on reparation from offenders to victims; more information and engagement of victims in Community Payback.

Javed Khan, chief executive of Victim Support, said: “At a time when community sentences are being promoted this report shows that they can offer the kind of justice victims want. Yet it also highlights a great deal of scepticism over their ability to deliver this in reality.

“Community sentences can work for victims as well as offenders but in order for that to happen their needs must be better considered. As with the other areas of the criminal justice system in which victims lack confidence, much of this can be achieved through simple measures to ensure victims receive the recognition, the information and the voice which they need and deserve.

“This is something that a Government in the process of reforming community sentences needs to pay attention to. ”

Roma Hooper, director and Founder of Make Justice Work said, “Out in the Open is exactly that: it shows that victims want rehabilitation to go hand in hand with punishment. They can see the potential benefits of effective community sentences, but their lack of confidence reflects a deeper frustration with the criminal justice system as a whole.

“If we are to improve confidence in community sentences, we must enable victims to see how they work and at the same time challenge common misconceptions about what they involve.

“We hope that the new Justice Secretary will take this report seriously and take steps to enable victims of crime to understand the real value of effective community sentences.”

Read the full article on the Charity Times website.

END_OF_DOCUMENT_TOKEN_TO_BE_REPLACED 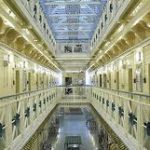