Why short term prison sentences are not working

In this, the third of our guest bloggers, we hear from Paul Cowley. Paul is an Ambassador for Make Justice Work and is also Executive Director of Caring for Ex-Offenders and The William Wilberforce Trust.

I’ve heard it proposed that the purpose of prison is fourfold:

So the question is do short sentences achieve these aims?

61% of those serving sentences less than 12 months are reconvicted within one year of release.

It is certainly possible to argue that short prison sentences punish the offender through; loss of liberty cut off from friends and family, loss of job and home; although if someone is coming from a broken abusive home where their next meal is uncertain and the bills are a daily struggle, then maybe a structured regime isn’t punishment…

I have heard some young men say in prisons:

“Why would I want to leave here? (Prison) I get three meals a day, I can use the gym, I sometimes get paid work, and I have friends I can depend on, this is better than my home”

It’s true that a prison sentence protects the public, but only for the length of the sentence, although prison has often been called a ‘university for crime’ where many offenders learn new tricks, make contacts and often pick up addictions, which surely makes them a greater risk to the public when their sentence finishes.

It has also been said the drugs flow through the prison system like a river The Centre for Social Justice report, “Locked Up Potential” reports that:

“People can enter a prison for the first time without a drug problem, and leave addicted to a substance”

So do short sentences rehabilitate offenders? The re-offending rate strikes me as a pretty obvious indicator that they don’t for over 61% of offenders.
In June 2010, Justice Secretary Ken Clarke echoed rehabilitation charities in stating that it is “virtually impossible” to rehabilitate someone in less than 12 months. The length of time that it takes to move through the various paths to reducing offending; securing appropriate housing and employment, education, sorting out finances, dealing with addictions, etc is substantial, and cannot be done in twelve months.

Prison doesn’t seem to deter people from crime either, or at least it doesn’t appear to from the rising prison population and the high reoffending rates.

So it seems from the numbers, and our experience as a rehabilitation charity, that short prison sentences fail to achieve their purpose. Indeed they seem to make the situation worse, by taking people away from society just long enough to educate them to be better criminals, make them addicts, give them a record which makes finding work all the more challenging, and causes people to potentially lose their home.  Even more depressing is that some also lose their children into care, and split up from their partners or spouses. So what is the solution, some might propose long sentences, but the numbers of reoffending do not look much better for these, others might propose community sentences, but for these to work there needs to be a massive investment in staffing and structure.

Many of the young men and women caught up in the riots in London will be first time offenders, not all of course, but what will we do with them when it comes to sentencing, lock them up and hope the system works? I’m afraid it won’t as it stands today.

Regardless of what the solution is, something must be done to reform the Criminal Justice System so that people come out of prison different than they went in, this will mean a paradigm shift in the way we deal with offenders, this doesn’t mean that we go ‘soft’ on crime far from it, it means we have to change the way we deal with the criminal mind and also look at behavior patterns, this will take time, money, education and a long term commitment from the Government.

But if we are prepared to invest in those who find themselves in prison and help them while they are in prison, and help them reintegrate back into society upon release and also help their family’s accept them back I believe we will see a shift. One charity, Caring for ex offenders (CFEO), a charity involved in this work is having amazing results in helping men and women re-integrate back in to society, the re-offending rates of those working with the charity are very encouraging.  I do believe if we change our way of thinking we will be able to help change our society for the better, reduce reoffending and have safer streets.

Can we do this in a 12 months prison sentence? I don’t believe we can, it will take more than that.

Paul Cowley
Paul Cowley was born in Manchester in 1955. At the age of 15 he was expelled from school, lived on the streets for a short while and then moved into a life of crime. This led to a prison sentence. Upon release, Paul joined the Army, throwing himself into his career for the next 15 years. Paul is now the Executive Director of Social Transformation, which includes Alpha for Prisons, Caring for Ex-Offenders and Alpha for Forces.
Recommended Posts
Categories
About Make Justice Work

END_OF_DOCUMENT_TOKEN_TO_BE_REPLACED 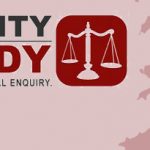 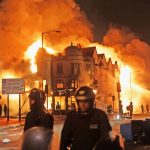