Ministers could save millions on women’s prison places if they invested more in community sentences and women’s centres, according to an independent taskforce report.

Alternatives to custody for women would be more cost-effective than prison in the long term and would reduce reoffending, the study by the Women’s Justice Taskforce found.

The report was backed by the Magistrates’ Association, which complained that a lack of women’s centres was forcing magistrates to give custodial sentences to female offenders.

More than 4,100 women were in prisons in England and Wales last week, up from 1,800 15 years ago, and two in three women sentenced to less than 12 months in jail are reconvicted within a year of their release.

The analysis by James Robertson, former chief economist at the National Audit Office, said the average cost of a women’s prison place was £56,415 a year, while an intensive community order cost between £10,000 and £15,000.

Read the full article on the Financial Times’ website (£).

END_OF_DOCUMENT_TOKEN_TO_BE_REPLACED 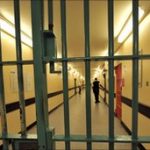