Payment by results and community sentences. A fix too far?

PBR is to this government what PFI (the private-finance initiative) was to its predecessor¬—a magic bullet supposed to help the state achieve its aims at minimal cost. PFIs were mainly about building and running physical facilities; PBR is about delivering services and other social interventions. The idea is to give private-sector firms, charities and other third-sector outfits a target and pay them only if they hit it. PBR is well-established (if not notably successful) in welfare-to-work. It is being piloted in prisons to reduce re-offending on release and in drug-treatment programmes to get people off their substances of choice.

The new frontier for PBR is community sentencing. Ken Clarke, the justice secretary, remains keen on sending fewer people to jail, despite repeated beating about the head and shoulders by righter-wing fellow Tories. Effective community sentences are a promising approach. In a consultation that closed in late June the Ministry of Justice said it intended to apply PBR principles to all providers of offender services by 2015. Two PBR pilots with offenders in the community are to start in 2013, as part of a fundamental shake-up of probation more generally.

The public sector must engage the resources—not only financial—of the private sector if it is to deliver services effectively without crippling taxpayers, and the criminal-justice system is a good a place as any to try out PBR. The approach has a lot going for it, forcing people to focus on outcomes and perhaps encouraging experimentation in achieving them. But a magic bullet it is not.

Make Justice Work (MJW), a campaigning organisation that advocates wider use of community sentences, brought together 30 leaders in the field of offender management in May to discuss the strengths and weaknesses of PBR. In a report released today, they identified three concerns.

The government’s rush to PBR is a touch Gadarene, for a start. If pilots don’t start until 2013 they cannot possibly produce instructive results in time to roll out PBR nationally in 2015.

The target being applied is too crude. An offender either does or doesn’t reoffend within a certain period—end of story. In fact, a lot of steps are required before someone reaches the point of ceasing to offend (healthy relationships, a stable home, a job), and PBR schemes should reward intermediate successes. (Similar concerns have shaped PBR programmes in drug treatment, too.)

A third worry is that many of the most effective groups working to reduce re-offending now are small, local charities which know their place and their people. PBR requires participants to have a fair whack of working capital, as full payment for services rendered is both delayed and uncertain. MJW’s experts are concerned that PBR will force players to the wall, leaving private companies and the largest charities with the business.

The solution the campaigners propose is to slow down and learn lessons before galloping ahead with PBR across the country. PBRs should be evaluated according to a clutch of principles (see below). It would make sense to set up an independent inspectorate to ensure that these are properly adhered to, and that information is shared.

As for the principles, the first is to focus on the broad goal of making people safer, not just on reducing reoffending. Involve a wide range of agencies to chip away at the causes of offending. Tailor support to the specific needs of offenders, victims and communities. Look after all offenders, not just the easiest or most photogenic. Don’t cut procedural corners; offenders have rights too. Get the news out there, so that sentencers (eg magistrates) and communities have confidence in community sentences. Data must be robust and independently assessed, in a non-heavy-handed way. Structures must be flexible and mutable, allowing for experimentation and even failure. Value for money should be judged according to success in achieving lasting outcomes, not just cutting costs.

There is an element of wishful thinking in some of this. The more fine-grained the targets and personalised the service, the harder it is to run programmes cheaply, some firms argue—and cutting costs is very definitely the name of the game here. But MJW is right to urge the government to slow down rather than nail their colours to the PBR mast before the planned pilots have even reported. Britain is the first country in the world to try this approach, and doing it properly will determine whether the promised “rehabilitation revolution” works or not. Time for some evidence-led policy-making.

END_OF_DOCUMENT_TOKEN_TO_BE_REPLACED 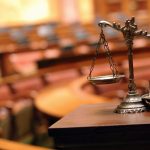