David Cameron: all sentences must have element of ‘punishment’ – The Telegraph

By Lulu Cane
Posted October 22, 2012
In Press
David Cameron: all sentences must have element of ‘punishment’ – The Telegraph2012-10-222019-06-23https://www.makejusticework.org.uk/wp-content/uploads/mjw-logo-web-2.svgMake Justice Workhttps://www.makejusticework.org.uk/wp-content/uploads/Criminal-Justice-Groups-Copy1.jpg200px200px
0

In a major speech on the Government’s approach to the criminal justice system, the Prime Minister said that he wanted a ‘tough but intelligent’ response to offending.

Speaking at the Centre for Social Justice, he said that crime was a matter that affected everyone, and rejected the notion that the response had to come from either the right or left of the political spectrum.

Referring to his time in Opposition, when he was accused of wanting to “hug a hoodie,” Mr Cameron went on: “For many people, I am associated with those three words, two of which begin with ‘h’ and one of which is hoodie … even though I never actually said it.
“For others, I am the politician who has argued for tough punishment. So do I take a tough line on crime or a touchy-feely one?

“In no other debate do the issues get polarised like this … with the crime debate, people seem to want it black or white, ‘lock ’em up’ or ‘let ’em out’, blame the criminal or blame society, ‘be tough’ or ‘act soft’.”

Saying that personal responsibility should be at the heart of the criminal justice system, he went on: “This is what victims and society deserve.

“And the society bit matters. Retribution is not a dirty word; it is important to society that revulsion against crime is properly recognised, and acted on by the state on our behalf.”

In future, private firms, such as G4S, and volunteers will be given incentives to ensure that offenders do not return to prison after the end of their sentence, Mr Cameron said.
He said that the approach had worked successfully in the employment sector, and would have similar results in the justice system.

Work will begin before the offender is released. “I say let’s use that time we have got these people inside to have a proper positive impact on them,” the Prime Minister went on.

“It is not a case of ‘prison works’ or ‘prison does not work’ – we need to make prison work better.

“And once people are on the outside, let’s stick with them, and give then proper support.”

The Prison Officers’ Association (POA) warned that the plans to get tough on crime and rely on private firms and payment-by-results schemes were “doomed to failure”.

“The Government has closed prisons, announced increased prison capacity, and still more than 50 per cent of our prisons are seriously overcrowded,” a spokesman said.

Roma Hooper, director of Make Justice Work, added there was “a risk that the overemphasis on punishment and the use of prison for offenders serving short term sentences will draw valuable resources away from effective community sentences”.

END_OF_DOCUMENT_TOKEN_TO_BE_REPLACED 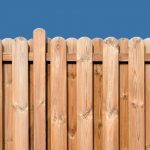 Roma talks to Russell Webster about Payment by ResultsPress