In a speech to be given on Monday outlining a revamp of the justice system, he calls short-term sentences “farcical” as there is no evidence they reformed persistent petty criminals. He claimed they too often substituted for community orders that were “toothless” in their current incarnations…“

END_OF_DOCUMENT_TOKEN_TO_BE_REPLACED 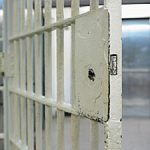 ‘Prisons fail to make us safer in the long term’Press