This month saw the anniversary of the riots that started in Tottenham, North London and sprung up through England. This will be one of many pieces of commentary about the riots. Some will predict a repeat of the turmoil, others will claim the preventative impact of high profile initiatives. But, perhaps, the truth is that in the UK we know what can work and how to make it work.

Within two weeks of the riots Leap and nearly 30 other organisations (which became the Resilience Consortium) joined up to try to understand what had happened and why, but without judging it. It was important that the group included not only those from the voluntary or social sector but also business, police and other statutory services. Two weeks later we facilitated a group of young people, some of whom were encouraged by their friends to get involved but didn’t, some who would never have got involved and, quite possibly, those who were involved.

What was striking was that the conclusions of those two groups of what caused the riots and what could prevent it were not significantly different from the conclusions drawn by the excellent NatCen report 4 Days in August, the Victims and Communities panel’s conclusions and other reports that have come out over the last year.

The UK has a strong tradition of supporting young people to be the change they want to see. Good programmes, of which there are hundreds, recognise the very real and difficult challenges that young people face but also that it is the young people who have many of the things they need to tackle them: courage, vision, talent, passion, creativity, understanding…

Support for people between 18-24 without work or who aren’t getting training or in education, is scant. They also made up the largest segment of those convicted of offences in the riots. Of course, they have amazing potential. We need to find ways they can play a real role in building resilience in their communities and match that with support for them around leaving prison, attitudinal change, employment, education and training, and family support.

The Resilience Consortium has secured funding from the Esmée Fairbairn Foundation to research the needs and assets of 18-24 year olds in the areas of some of the worst riots and to assess what services there are for them and also what gaps there are. Crucially, the research will also establish the extent to which those services are connected or joined up. What Leap knows from its work in the oft-quoted Community Initiative to Reduce Violence, led by the Strathclyde Police among members of the very violent East Glasgow gangs, is that one of the reasons that it saw an extraordinary drop of 46% drop in knife incidents is the extent to which the education, behaviour and attitude management, employment, enforcement and other programmes, whilst delivered by a range of organisations were wrapped around the young people. They, with all of the chaos and challenge in their lives, did not have to navigate from one organisation to another with different branding. They simply got access to high quality, well-led work that made the difference.

In Glasgow it was the Strathclyde Police who showed excellent leadership – their model is now being used by Police in some London Boroughs. It doesn’t have to be the police, it could be an innovative local business who could call partners together; it could be an organisation like Leap; it could be a new Police and Crime Commissioner.

What we hope the research will show us is how to capitalise on the existing high-quality work and innovation in youth work that the UK should be proud of. Any solution should work out how to capitalise on new initiatives like the Cabinet Office’s National Citizenship Service.

Will it happen again next week or during the rest of the summer? Maybe. Certainly the factors that caused the riots have not gone away. People are still disengaged from their communities and politics, youth unemployment continues to rise. In the year since the riots, some new things have happened, lots has been cut, but little, if any, activity has even begun to be sewn up around the needs and assets of young people and this is what we need.

END_OF_DOCUMENT_TOKEN_TO_BE_REPLACED 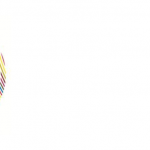