By Roma Hooper
Posted August 9, 2010
In Roma's Blog
Channel 4 documentary yet again highlights the poignant problem of drugs in our prisons2010-08-092019-06-22https://www.makejusticework.org.uk/wp-content/uploads/mjw-logo-web-2.svgMake Justice Workhttps://www.makejusticework.org.uk/wp-content/uploads/ourdrugswarcover.jpg200px200px
0

Angus Macqueen’s “Our Drugs War” exposes many of the complex issues around the drugs trade. Well worth watching again if you can.

I sat in on his live chat room debate for an hour afterwards and managed to get one comment over which was no mean feat as he was inundated. One very serious point made by someone in Afghanistan was that they, as suppliers, were simply responding to demand…… comes back to the issue of what we are doing in this country to reduce people’s dependency on drugs, particularly those who get caught up in the criminal justice system. What are we really doing to invest in critical community solutions which are so badly needed to reduce the likelihood of disaffected youngsters getting involved with crime?

END_OF_DOCUMENT_TOKEN_TO_BE_REPLACED 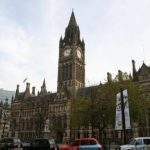 Our event a success at the LibDem Party ConferenceCommunity Sentences, Roma's Blog